The visit of the Ecuadorian President Lenin Moreno to London, on the Global Disability Summit, co-organized by the British government as of July 24, 2018, has generated rumors about a possible termination of the asylum of the journalist Julian Assange, a refugee for 6 years at the Embassy of Ecuador in London.

The most pessimistic point to a supposed “agreement at the highest level” which would put an end to the asylum granted by Ecuador, is to force Julian from the only place that has so far protected him and hand him over to Theresa May’s police. Put bluntly, Julian Assange could be extraditable on a silver platter to the United States of Donald Trump.

Personally, I do not think that is the most likely scenario at this moment, and I hope I am right. However, in light of the political virulence in today’s Ecuador, an outcome of that nature should not be ruled out, so here are a few reflections on what an eventual capitulation of Ecuador would mean:

The overwhelming resolution of the UN, in essence, shows that Ecuador made the right decision to protect Julian. Hence it would be contradictory that the retirement of his asylum happened just when Ecuador deservedly presides over the General Assembly of the United Nations.

As a result, unanimously and emphatically, the Court determines that the principle of non-refoulement, consistent with the principle of asylum, “is enforceable for the host State, under whose jurisdiction the person has requested protection in diplomatic premises…”. The Court considers, furthermore, “that the host State must, therefore, arbitrate all necessary means to protect the individual in the event of a real risk to life, integrity, liberty or security if they are removed or handed over to the territorial State or if there is a risk that the State in turn may expel, return or extradite the person to another State where that real risk exists “

If memory serves me, the Inter-American Court of Human Rights and its resolutions used to be considered sacrosanct and unobjectionable, when they ruled against the government of President Correa. Will Ecuador go against the IACHR in the case of Julian Assange?

It could well be argued that, if the British would commit themselves not to extradite Julian in the case of danger from the death penalty, Ecuador would have saved his life. However, this would mean that Ecuador would not object to the real possibility of a life sentence, or long decades of confinement in a US prison, for someone whose only “crime” has been to publish abuses of power and crimes against humanity. Such a result is unacceptable and alien to the principle of asylum, which protects the human rights and integrity of the asylee. A result which contravenes Ecuador’s constitution.

The geopolitical implications of such a scenario would be even worse. The extradition of Julian Assange to the United States would mean the triumph of the US doctrine of applying its law to foreign journalists who publish outside the US, putting them in US jails and even accusing them of “espionage”. That is an arrogant, extraterritorial application of US law against those who do not have the protections that American citizens have. In other words, those who are not Americans have no rights, and any journalist, whether Ecuadorian, Colombian, or Mexican, could end up in a US prison for the sole fact that their work is not to the liking of Washington.

While this bleak yet possible scenario must be avoided at all costs, the current scenario is also worrisome to say the least. The Embassy of Ecuador in London continues to be the most embattled embassy in the world. By just October 2015, when official figures became public, the British Conservative government is estimated to have spent 17.5 million dollars to supervise the embassy. If the rate of spending has remained the same, the figure today would exceed 27 million dollars.

All this to capture someone who has never been charged? The breaking of bail, which is the reason why Julian is wanted for arrest, in British law does not constitute a crime, but only a minor offense. While the law certainly gives the police the power to arrest in these cases, the obsession to imprison Julian is disproportionate and unjustified, even more so if one considers that, for example, by May 2016, when the newspaper The Independent published official figures, more than 13,000 people broke their bail in the United Kingdom. As far as I know, there is no witch-hunt for any of them.

Even more concerning is the fact that Julian has been virtually incommunicado for more than three months, apparently without access to the Internet, without access to a telephone, with no right to visits from outside his legal team; all this by disposition of the highest spheres of the government that is supposed to protect him. It is necessary to save Ambassador Carlos Abad from any responsibility, who, as an exemplary and professional career diplomat, only executes the instructions given by his Foreign Ministry — as well as the embassy staff that almost without exception — have shown, stoic professionalism throughout the years, in the face of this singular historical situation.

The isolation of Julian Assange is, from every perspective, and under any standards, in violation of his basic human rights, regardless of the otherwise debatable reasons that the government uses to try to justify the persistence of such restrictions. These measures are even counterproductive for the country itself, since they only revictimize the asylee to the detriment of the image of Ecuador.

Human Rights Watch’s General Counsel, Dinah Pokempner, publicly says it properly: “Whether it agrees or not with what Julian Assange says, Ecuador’s denying him access to the Internet as well as to visitors is incompatible with its grant of asylum.  His refuge in the embassy looks more and more like solitary confinement.”

Asylum means protected freedom, never the suppression of freedoms. Even prisoners are not confined to isolation with the denial of a visits. Julian Assange is not serving any sentence, because he has not been sentenced to anything by any judge, much less has any pending account with Ecuadorian justice.

The silence of the Ecuadorian human rights organizations that privately know that this is an unacceptable situation, but do not publicly express it, is deplorable. If they did so, they could only condemn Julian’s confinement. A valiant exception is the Permanent Human Rights Committee based in Guayaquil, which on 2 occasions with coherence and clarity have condemned Julian’s situation.

Perhaps I am confused, but were not the new authorities appointed by the quasi-divine Council for Citizen Participation supposed to be capable of acting independently of political power? Could some decent media please ask the new Ombudsman’s Office if it is acceptable and compatible with human rights that a government confine a journalist to total isolation for more than three months?  Especially since the UN itself has described this confinement as an arbitrary detention.

Julian Assange is, along with Edward Snowden, the most important political asylee in the world so far this century. Contrary to what many of the elites in Ecuador think, who have not managed to emancipate themselves from their historical mental colonialism, Ecuador’s courageous and sovereign decision to grant Julian political asylum, has given the country enormous admiration and international prestige.

A decision of principles that was taken knowing that it would pose a titanic enterprise for Ecuadorian diplomacy, precisely because it implied that a small nation, protected by international law, was able to stand face to face with imperial powers, in a case emblematic of respect for freedom of expression.

At the beginning of Julian Assange’s stay at the embassy, ​​and while the decision of his asylum had not been officially announced, a meeting of business associations took place in Ecuador. One of the speakers publicly suggested to President Correa not to grant the asylum, because it could affect the interests of potential business partners, specifically the European Union. The President, very much in his style, interrupted him in the blink of an eye with a single and simple reflection: human rights are not negotiated. Incidentally, the asylum of Julian Assange was never an obstacle to the Trade Agreement with Europe.

How much the times are changing in my country. Neither is Julian Assange the perfect guest, nor Rafael Correa an infallible president; in fact, I do not endorse every action of either of them. However, it is undeniable that both are victims of a brutal and dishonest media and judicial persecution. As it is said that crimes should be prosecuted and not people, I add that people should not be defended as such, but rather their causes.

The causes and the struggles of Julian, with Wikileaks and those of President Correa, for a social revolution deserve to be defended, beyond the imperfect humanity of its protagonists.

As a matter of principle, the progressives of the world should not abandon them. 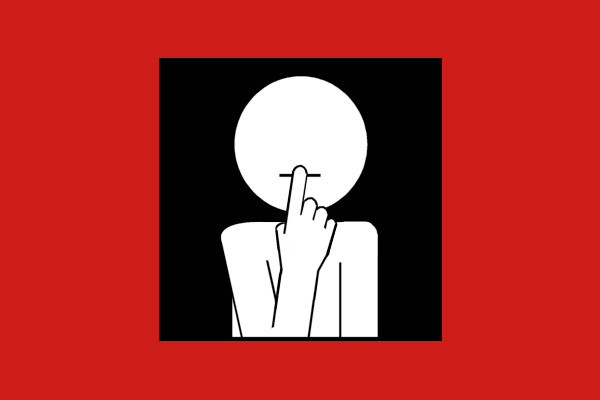